You are here:
Exhibition 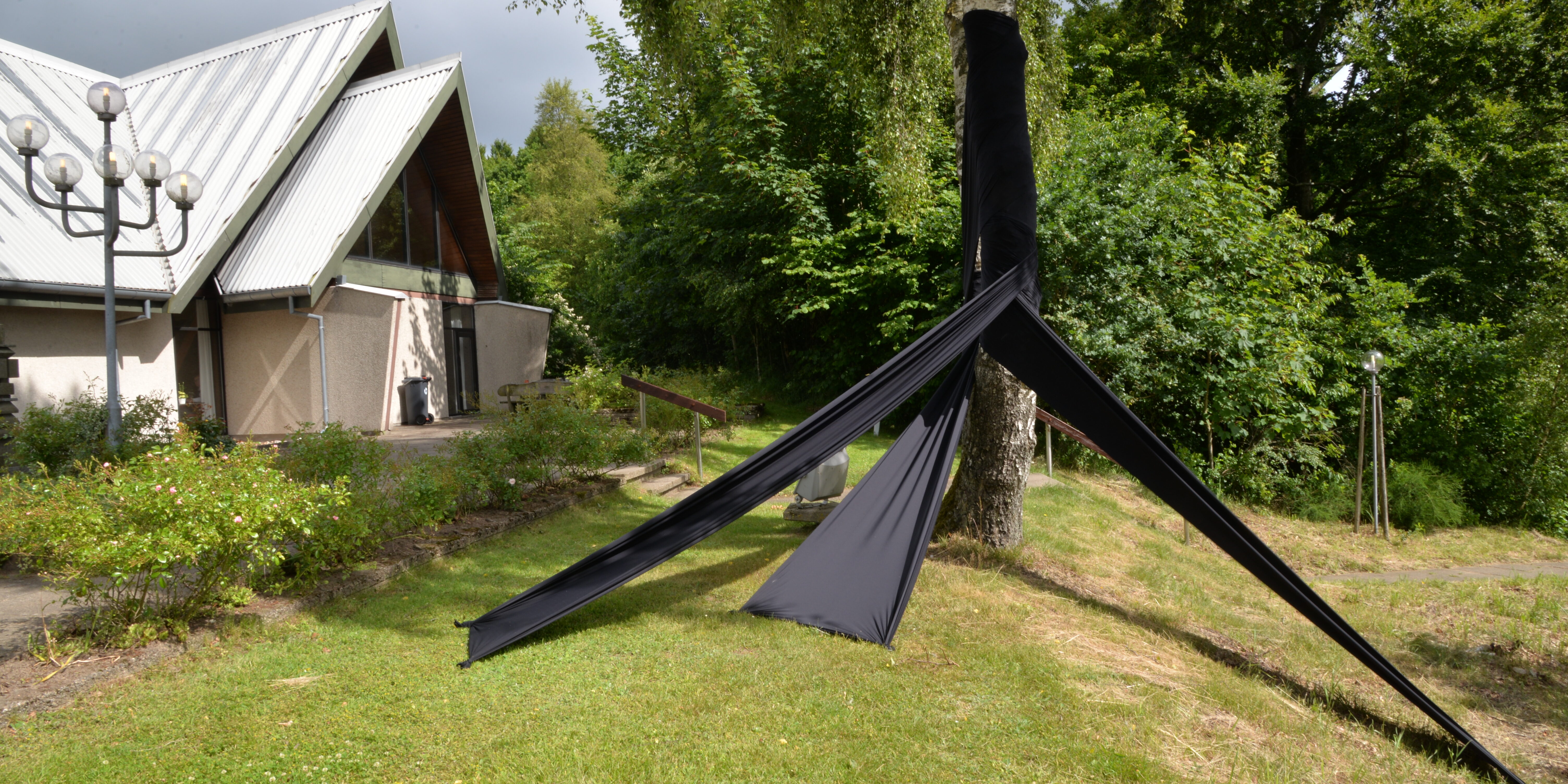 5STK creates several site-specific artworks for Dronninglund Kunstcenter, consisting of three installations. The work is based on space. The rooms are constructed using fabric that are drawn in different directions based on the existing environment. The idea behind the artwork is that the viewer can move into the installations and find different way out – or stay in the constructed spaces. In addition, the 4 artists have also created a common wall with drawings based on the titel “EXIT.